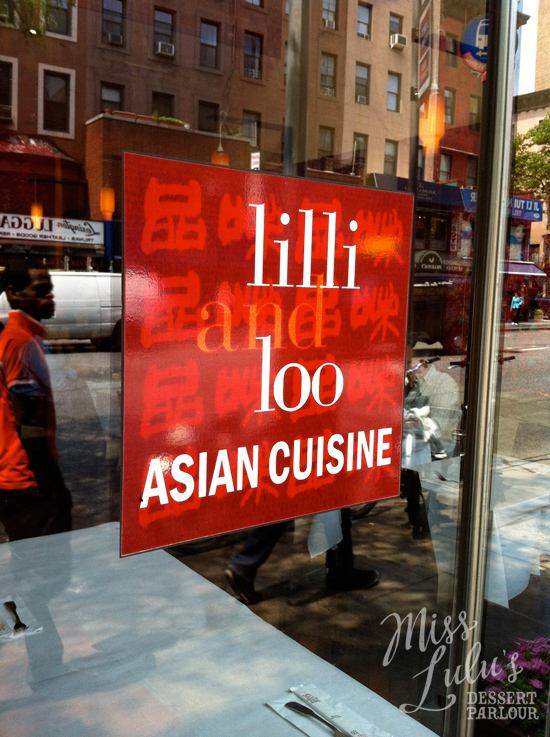 Lilli and Loo's is a bustling two-level restaurant that is an obvious favourite with the office lunchtime crowd.  By the time we arrived it was almost full and by the time we left, it was packed.

Walking in here I knew we were in safe hands as the owners have a daughter with coeliac disease and as a result of that diagnosis they created a special gluten free menu and sectioned off a special part of the kitchen that is completely gluten free to avoid cross contamination.  Looking around at the number of patrons holding gluten free menus - it was obvious how well known this spot was known to people with gluten free sensitivities.

Specialising in Pan-Asian food - Lilli & Loo's crosses the Asian continent from China with its dumplings to Japan with its sushi and in some dishes they fuse methods together to come up with their own.  So I essentially when you come here - don't come here expecting food from a certain region but an amalgamation of many. The first thing I was very keen to try were their oriental pork dumplings - a dish that I remember from my childhood and have missed so much that I've been making my own dumplings to quell the cravings.  So it was lovely to be eating some without having to make the effort.  We chose to have them steamed rather than fried and the pastry was sticky and soft and the filling & sauce was exactly as I had remembered. 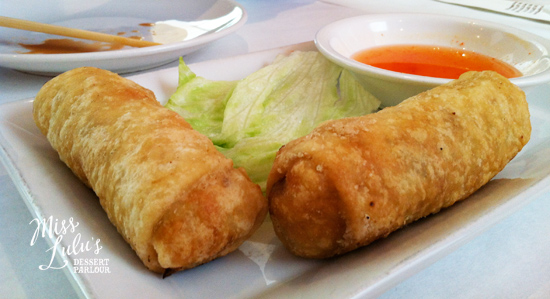 The next item which I haven't had in gluten free form since I was first diagnosed about a decade ago were the spring rolls!  Oh my expectations were high - way too high - as my parents had given me the best spring rolls since a very young age.  The pastry I remembered was thin, similar to filo pastry, and the layered crispiness that I expected wasn't there.  Instead, it was one layer of thick pastry - but it was still delicious.  I have to commend them for even trying because not many people would - and it still reminded me of childhood yum chas with my family. 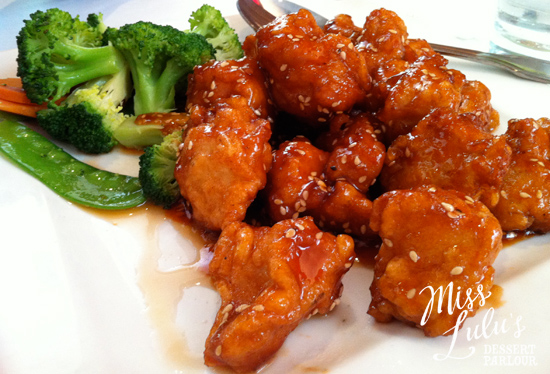 And finally came the crispy sesame chicken - and I'm not sure if it was meant to be from China or from Japan - but it sure was yummy!  I think everyone else must have thought so too, because as I was leaving I noticed that a majority of the tables had ordered the same thing.

I think Lilli & Loo's is worth visiting for the dumplings alone.  If I had my time over I would have ordered this plate of dumplings plus a version of their fried dumplings as well for lunch. I haven't managed to find anywhere else that makes them in Sydney (I tried one place but ended up getting really sick and I'm not sure if they're truly gluten free) - if anyone knows - please tell me!

Lilli & Loo Asian Cuisine is located at
Posted by Miss Lulu at 2:35 pm